Aldabra: Interview with the Prince 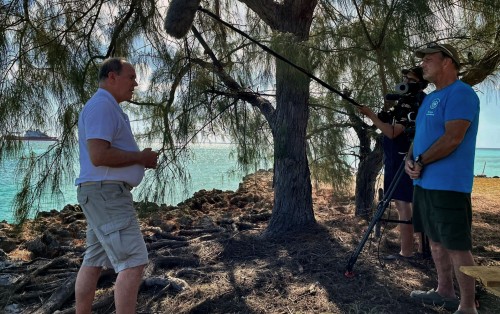 Harald Pokieser conducted an interview with Albert II, Prince of Monaco, on the remote Aldabra Atoll in the Indian Ocean as part of a TV documentary about a two-month research expedition. The expedition is part of the prince’s initiative to support scientific efforts to save the world’s oceans. The research vessel travels between Réunion Island, Mauritius and the  Seychelles, carrying dozens of scientists and technicians who evaluate conditions in marine reserves, document the state of important coral reefs and keep a close eye on whale, shark and ray populations.

The documentary has been commissioned by Munich’s Autentic production company in cooperation with Monte-Carlo Riviera TV (MCRTV), Monaco’s brand-new state-owned broadcaster which launches in 2023.